A Reminisce of Places Forgone and Others Still Waiting 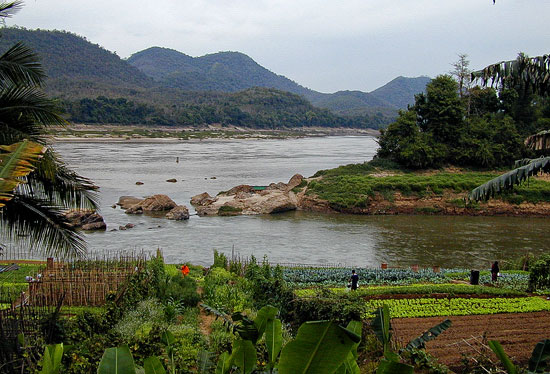 Along the Mekong in Luang Prabang, Laos

Top Five Places to Go Now – I compiled that list a few years ago when I was running an adventure travel business.  I spent a lot of time doing interviews – newspapers, radio, an occasional television spot.  I needed a hook to pique my audience’s interest.  “Now” meant Great Today, perhaps Gone Tomorrow.  By this time, I knew I would probably never track gorillas in the mountains of Rwanda, a dream ever since I bypassed Africa on an around-the-world trip in the 1980s.

Laos topped my choices.  Thailand was overrun, Vietnam was hitting the tourist circuit and Cambodia was still strewn with landmines as far as I knew.  But little landlocked Laos – a seventeenth century ruler had bragged that his kingdom was a natural fortress hidden behind impenetrable mountains and unnavigable rivers.  Here was a country where the late twentieth century would hardly have intruded.

In February, I at last visited this first country on my list.  Luang Prabang is indeed timeless.  The muddy waters of the Mekong roll endlessly by.  An orange-robed monk bobs through vegetable gardens planted in the flood plain.  The beat of the monastery drum awakens the day, the chanting of the devout announces the evening.  French chateaux, a bit the worse for wear, recall the slower pace of colonial life.  Even these buildings seem an appropriate anachronism in this Buddhist kingdom, turned communist state.

But for all the timelessness, my visit added impetus to “Now.”  The chateaux have fresh paint and signs beckoning to their guestrooms.  Traditional houses perched on stilts and walled with woven bamboo point their satellite dishes upward.  The jeeps of the  International Center for Tropical Agriculture and the Lao Irri Project herald the arrival of the NGOs.  Fortunately, global capitalism has made only a limited incursion in the form of Kodak, Fuji and Pepsi catering to camera-toting and thirsty tourists.  The local Beer Lao dominates the brand competition.  Coca-Cola is mysteriously absent.

My original list omitted several places that in retrospect, I should have visited “Yesterday.”  Politics more than anything disrupted these spots that I rated less urgent.  When turmoil in Katmandu prevented the return I was contemplating for October last year, I realized Nepal should have headed the list.  A dozen years before, I would encounter only one other westerner in three weeks of trekking the country’s far west.  The future might threaten the solitude, but not the access.  Fratricide in the capital and Maoists in the countryside produced the opposite.  Subsequent events, of course, closed broad swaths of the Himalaya.  I would never follow Eric Newby on a slow walk through the Hindu Kush.  The brief window for peering into other central Asian Stans slammed shut before I availed myself of the opportunity. 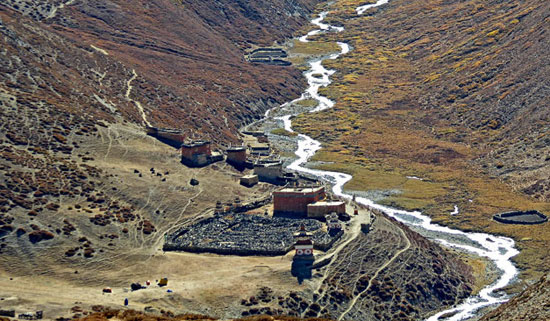 My foresight was little better in Africa.  Many years ago, a Zimbabwean expatriate interviewed me for a job.  We hit if off well so he spent more time espousing the joys of birding along rivers like the Save than testing my credentials.  The outlook was bright.  A stable government was winning the war with the poachers.  Now fires are scorching the Save valley, and animals are again dying at the hand of man.  A magnificent wildlife spectacle is falling victim to a national power play.  Madagascar’s unique fauna hopefully face a more benign fate from the potential division of the island.  Nonetheless, political upheaval will deter nature enthusiasts.

By its nature, my list is ambivalent, promising the wonders of faraway places while portending the disappearance of some of their magic.  My visit to Laos was in time to beat a wave of modernization, but clearly tourists are encroaching on age-old traditions.  Perhaps the developments in Asia and Africa are the vanguard signaling that “Now” is passing, that the places deserving of a spot on the list are becoming more endangered, or even vanishing.  Will my list inevitably grow shorter, not because the threats diminish but because the opportunities are missed?

As I have searched for a replacement on my list for Laos, and regretted the “Yesterdays,” gloom has not prevailed.  Time remains for the other four places on my original list.  The oil companies have lost the battle this year for the Arctic National Wildlife Refuge.  Despite its best efforts, the South African Tourist Board has not attracted a horde to overrun the country’s remote veldt.  An intrepid trekker can still be the first to follow an early explorer’s footsteps on a remote island of Patagonia, as did one of my interns with his group from the National Outdoor Leadership School.  Ocean dumping has not yet obscured a view of the mysterious world “Anywhere Under the Sea.”

Even more encouraging, for each of the doors closing, previously bolted ones are opening for a reprise.  I developed a taste for archaeology wandering around the Mayan ruins of Palenque and Chichen Itza.  Since then, I have explored the Thai cities of Sukhothai and Ayutthaya, the Javan temples of Borobudur and Prambanan, the pueblos of Chaco Canyon.  While doing so, I missed the chances for other treasures:  Algeria’s Tipasa, Iran’s Persepolis, Dubrovnik’s Old Town.  Even Egypt’s Luxor has not been immune to terror.  Yet my opportunities for discovering ancient empires have grown during that period.  Cambodia’s Angkor has been rescued.  I have climbed its towers, though only half a step ahead of the mass tourism that is pounding on its doors.  The Inca legacy has been saved from the Shining Path (though the proposed cable car over Machu Picchu screams “Now”).  After years of civil war, the jewels of Sri Lanka may shine once again.

Longstanding taboos have added candidates for my list.  My recent Asian trip included three weeks in Myanmar, nee Burma, a country not legally banned but officially labeled pariah.  Fourteen years ago, serious trouble erupted during my week in the country.  Several students suffocated in the back of a police van after a trivial squabble over music.  With tensions boiling, the government closed the universities and deployed the army.  Within months, a military regime had gunned down masses of demonstrators.

The west responded with economic sanctions that locked the country in a time warp.  This past February, a boat of pig farmers was the best transport I found to venture up Myanmar’s Kaladan delta to the ancient city of Mrauk U.  The Palaung and Danu hill tribes around the former British hill station of Kalaw still welcomed me as a guest, not as a tourist on which to thrust cheap handicrafts. 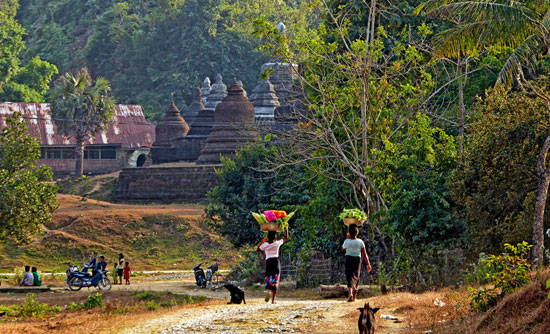 Mrauk U, along Myanmar's west coast

Another time warp lies 90 miles off the Florida coast.  “Now” is the time to explore Cuba, the cane fields and villages away from the resorts catering to European beachgoers.  To those who urge stay away, I can only say go and talk to the people of Myanmar and Cuba.  They both want and deserve a treatment better than quarantine.

My Top Five Places to Go Now continue to evolve, but the list does not inevitably shrink.  More likely with all the flux in the world, the tally is never-ending.  I have not really given up on Nepal, Zimbabwe or Madagascar; I would pack tomorrow.  Someday I hope to explore the mud cities of Yemen or to stalk plants in the Colombian jungle.  Maybe even track mountain gorillas in Rwanda.

Wherever my next destination lies, my list has left me with one resolve.  Go Now.  Travel is eternal, but the moment is fleeting.